…extremely funny and bitingly serious about the state of the arts in Australian society.

The humour is Australian; the settings are banally Australian. There is a lot to like in this savage satire by Melbourne writer Wayne Macauley. Caravan Story was his second novel.

Since the original publication of Caravan Story in 2007, Macauley has published The Cook (2011)and Simpson Returns (2020). A book of stories Other Stories was released in 2011. He has received a number of prestigious prizes for his writing.

In Caravan Story, the writer, ‘Wayne Macauley’, wakes up one morning in a caravan being towed away. The destination is a country town on the footy oval turned into a caravan park.

He finds himself in an oval full of artists, carted here by the Government. They are instructed to make themselves useful members of society. They are fed and housed while they create.

The painters and the actors soon find ways of turning a dollar, but the writers are unable to be so enterprising. Their writing efforts are collected, but it turns out that the rejection slips have already been written. The plot shows ‘Wayne Macauley’ and his partner escaping home from this crazy world of disillusion, and on the way is extremely funny and bitingly serious about the state of the arts in Australian society.

As a writer, I revelled in this book, both for its questioning of the ‘usefulness’ of poems and stories, and for the loving attention to the details of footy clubs, high schools and caravan living. But it is a book for people other than writers, simply to have a laugh at Governments’ total incomprehension of the arts, and the importance of writers, and all of us, to ground ourselves, to have a place that is ours — a home.

The Transition is the funniest – and best crafted – novel – I have read this year.

The Transition is the funniest – and best crafted – novel – I have read this year. Well-known in Britain as a poet, this is Luke Kennard’s first novel.

Millennials Karl and Genevieve are struggling to make ends meet. Locked out of the housing market with Karl unemployed, Genevieve is a Primary school teacher. She loves her job, and despite her day-to-day frustrations in the classroom, believes in its importance to society.

Karl writes online ‘cheat’ essays for university students of English literature. He is drawn more into the online world of writing for cash until he finds himself convicted for fraud for his almost intentional participation in an illegal scam.

Instead of jail time, the couple is offered a placement in ‘The Transition’, a program that invites a commitment of six months to turn their finances, and lives, around. They are billeted in the spare room of Stu and Jenna, who follow a mysterious Manual to reform their guests.

‘The Transition’ turns out to be not quite as advertised. As Karl explores the scheme’s underbelly, Kennard reveals a wider community based on inequality, where the poorer middle-class are shut out of the common wealth of their society, and where big data distorts and dictates their lives.

These forces override people’s compassion for mental illness, and Genevieve’s descent into illness is sensitively described.

The themes are serious. Kennard treats them seriously, but with a joyous lightness that helps us sympathise with a couple just trying to make it through the week.

I plan to re-gift my copy of The Transition this Christmas – and I have no feelings of guilt whatever in doing so. It’s the sort of novel you want to share!

The Second Sleep is set several centuries into the future after the great collapse of civilisation. A powerful – and fundamentalist – church has taken power while England has returned to pre-industrial conditions: there are no cars, and therefore roads are poor. The fastest travel is horse-back.  Village life centres around small-scale horticulture, providing just enough for the villagers.

A young priest is sent to a tiny village in Exmoor to bury the parish priest who has died after decades in the same parish. He discovers a world of secrets, from the housekeeper’s relationship to the old priest, to the illegal search for evidence of pre-collapse civilisation.

Many of his discoveries take place between the first and second sleeps, as people have reverted to the pre-electric light habit of having a period of waking between two stretches of sleep. ‘The Second Sleep’ begins to take on more meanings as the novel progresses.

Robert Harris is known for his novels of Ancient Rome (Imperium, Lustrum, Pompeii) and of institutions under stress including the army and the church (An Officer and a Spy, Conclave).  He writes page-turners, and his writing is simple and clear. You feel the mud and slush of unpaved streets and the smell of animals sharing living space with humans.

The Second Sleep is a compelling novel of the new genre of cli-fi (climate science fiction). Itis a meditation on our world on the brink of great destruction, perhaps brought about by climate change, perhaps not, and our values of freedom and progress.

Harris makes no final judgement as to which is worse, our world or his dystopia, but The Second Sleep is an appeal to maintain an open society in which power is shared between citizens and not centralised in a power-hungry institution.

It is also a novel of finding love and the difficulty of holding onto love in a repressive society. After a slow start with the characters, I enjoyed the priest Fairfax, his Lady, Sarah Durston, and Captain Hancock.

The cover image for Simon Morden’s Bright Morning Star rather spoils the mental picture I built up for the ‘Robot’ who is the main character of this speculative story.

An alien probe lands on earth and finds itself in the midst of humans fighting. The probe’s task is simply to investigate and report back to Mother (the spaceship in orbit). The probe is self-aware and begins to forensically examine the corpses of victims of a mass shooting.

It then realises that there is intelligent life on earth and decides to study this life-form more fully. It gradually becomes aware that the shooting is part of a proxy war between Russia and the USA. The name of the nation-state which first protects him is not given, but this reader gained the impression that it was a fictional version of Ukraine.

As the probe gains understanding of the ramifications of the war, it deduces that war is inefficient and should be replaced by peace and cooperation. The humans who fall under his influence begin to realise that without international cooperation, the human race will never succeed at space-faring and will tear itself apart.

Bright Morning Star is told entirely from the perspective of the ‘Robot’ and in its voice. Simon Morden has taken a risk in making a logic machine the main character in his novel, but ‘Robot’ learns to behave empathetically and forms attachments with different humans.

I gained the impression that ‘Robot’ was much less massive than the cover image: its emerging personality was writ large, not its physical attributes.

Bright Morning Star is a good read and its appeal to the best in humanity worth hearing again.

Graham Greene’s modern take on Don Quixote made me laugh out loud. The way simple parish priest Father Quixote becomes a Monsignor is delightfully unbelievable. With a vague ideathat he is like his ancestor Don Quixote, the new Monsignor sets out on adirectionless road-trip with deposed Communist mayor ‘Sancho’ Panza. He nameshis ancient Seat motor car Rocinante after Don Quixote’s steed.

Fortified by a few sausages and a great deal of wine of La Mancha, the priest and the mayor, old friends and sparring partners, find themselves hilariously tilting at the Guardia Civil, the modern equivalent of windmills.

The two friends discuss faith and communism, friendship and authority, and sleep off the wine. The exploration of these deep topics is playful but insightful.

Greene’s writing is lucid and engaging. I don’t know how I missed this, Greene’s ‘best novel’ according to the Spectator, but it was great fun. 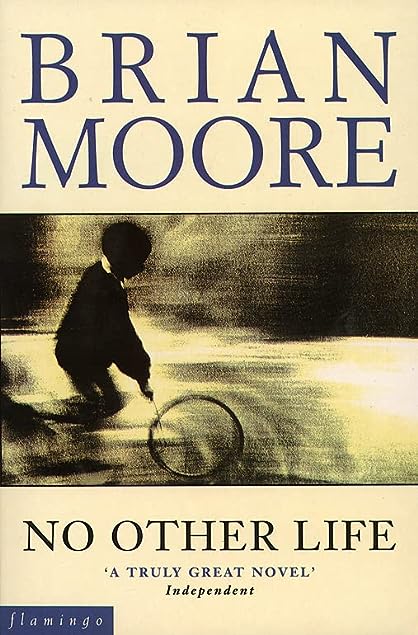 Eleven-year-old Mitch feels a little out of place when his Fly In – Fly Out (FIFO) dad’s behaviour becomes erratic. Mitch makes friends with an ailing magpie, whom he names Maximus, and they heal each other.

This inventive novel deals with themes of self-esteem, family love and first love with tenderness and skill. It draws on Steve Heron’s long experience as a worker with children. Steve, the founder of the BUZ programs (Build-Up Zone) for primary-aged children, has written before, but this is his first full-length novel for children.

I enjoyed it. Be-friending a magpie is obviously drawn from experience. The book contains a brilliant description of an inter-school football match.

Maximus means ‘the Greatest’ in Latin, and Steve shows the journey to greater self-esteem in a way that will appeal to middle- and upper-primary readers.

I am a friend of Steve’s and a former colleague, and I am proud to commend this engaging story.